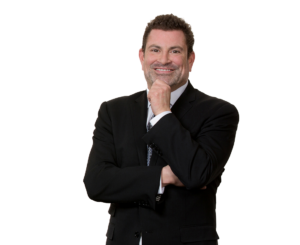 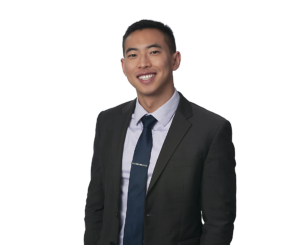 In this article, Aaron L. Hammer, Rick S. Rein, Dan Wen and Claudia Suszczynska provide an overview of the decline in the cryptocurrency industry in 2022, otherwise known as a “crypto winter,” and the potential impacts of a surge in Chapter 11 bankruptcy filings by players in the space. Read the article on ABF Journal's website here.

Cryptocurrency, Your Chapter 11 Table Is Ready

The cryptocurrency industry has had its fair share of highs and “crypto winters,” but nothing could have prepared exchanges for the rapid downfall that has been taking place during the latter part of 2022. With the combination of rising interest rates prompting investors to move money into safer bets, the invasion of Ukraine causing inflation and supply chain issues and stablecoin TerraUSD collapsing, crypto exchanges are struggling to keep up. Since November 2021, over $2.1 trillion in crypto market value has disappeared, and some cryptocurrencies have been selling at their lowest levels since 2020. While the market is not faring well now, this drop may not signify the total collapse of the industry that some have been anticipating.

How Does the Cryptocurrency Industry Work?

The process of buying cryptocurrency on an exchange is relatively simple. A user can exchange one currency for another, like converting Bitcoin to Ethereum, or one can purchase crypto with regular currency. A user can also convert cryptocurrencies back to regular (or “fiat”) currency and withdraw to a bank account. Exchanges make profit from commissions, listing fees, market making, or fund collection for IEOs, STOs and ICOs, much like a bank but while offering substantially higher returns. Many exchanges offer cryptocurrency lending platforms, whereby investors can borrow against deposited crypto assets or lend them to earn interest in the form of crypto rewards. Lending platforms became popular in 2020 and have since grown to billions in total value locked on various platforms.

DeFi, or “decentralized finance,” plays a large role in the cryptocurrency industry. Rather than a central source holding a copy of a history of transactions, DeFi allows several entities to hold a copy of transactions and expands the use of blockchain. By removing the middlemen from transactions, there is more direct control over finances, and transactions move much faster. The problem with DeFi is that it essentially lends money to itself, meaning its success is based on how cryptocurrency prices are doing. With cryptocurrency’s nosedive in the last few months, DeFi is at risk of self-destructing.

In the financial industry, it is common to see “bubbles” and “busts,” but DeFi is changing how the crypto market could recover. Bubbles, as defined by Forbes, are market conditions where asset prices surge over a period of time and exceed the asset’s intrinsic value. Eventually, prices hit a wall, indicating that the bubble has “popped,” causing prices to fall far and fast. DeFi sped up the crypto bubbles’ expansion, as many people joined in on the euphoria of getting rich quick, which subsequently caused the current “pop.”

Beginning April 2022, mass layoffs took place across the industry to offset declining revenues. For example, during the first half of 2022, Coinbase laid off 18% of its employees, while Gemini and Crypto.com laid off 10% and 5%, respectively. Shortly after, crypto lender Celsius Network froze all withdrawals and transfers, citing “extreme market conditions,” and hired restructuring attorneys to help handle its financial problems. Investor documents revealed that Celsius partook in risky business moves such as undercollateralized lending and rehypothecation, which can leave lenders short on cash when revenue slows. These moves essentially made Celsius a high-risk, highly leveraged bank with no room for error. As of December 9, 2022, an estimated 26,702 jobs in the crypto industry has been lost.

The industry has seen many crypto exchanges going bankrupt, while others have suspended operations and are exploring restructuring options. One reason why many exchanges are halting withdrawals is due to major crypto hedge fund Three Arrows Capital (3AC) defaulting on its loans. Three Arrows Capital filed for Chapter 15 bankruptcy on July 1 to protect its U.S. assets during the pendency of its British Virgin Islands liquidation proceedings, and co-founders Zhu Su and Kyle Davies were nowhere to be found for hearings.

Within a week, Three Arrows Capital defaulted on almost $650 million in loans to Voyager Digital, triggering its own Chapter 11 bankruptcy in the Southern District of New York. Days after filing for Chapter 11, Voyager submitted a restructuring plan to the bankruptcy court under which FTX Trading (FTX), a once-prominent cryptocurrency exchange platform, was to purchase the assets of bankrupt Voyager Digital for $1.4 billion, offering each account holder “in full and final satisfaction . . . its Pro Rata share of (i) the Coin Allocation; (ii) the Claims Equity Allocation; (iii) the Voyager Token Allocation; and (iv) the 3AC Recovery Allocation.” It is still unclear how much and when customers will have the ability to withdraw from their accounts, but the restructuring professionals involved clearly understand the need to help stabilize the market with full disclosure and a vision of avoiding a Lehman Brothers type calamity.

Voyager also filed a motion with the bankruptcy court to authorize customer withdrawals of funds held by Metropolitan Commercial Bank, a positive, stabilizing sign. Customers may also be able to exit the bankruptcy process early by selling their claims (i.e., account rights) in an innovative free market exchange to be supported by Stretto, one of the debtors’ Chapter 11 professionals, if court approved. Beyond that, nobody knows how much account holders will ultimately recover on their cryptocurrencies or other assets or when.

Three Arrow Capital’s domino effect continued with Celsius Network filing for Chapter 11 before the Southern District of New York on July 13. In its pleadings, Celsius claimed that customers transferred ownership of crypto assets to Celsius. With court filings showing that Celsius had a $1.2 billion deficit in its balance sheet, paying back customers and creditors will likely be an uphill battle. The lender has managed to pay off and close its loans from DeFi lending protocols Maker, Aave and Compound, but retail investors will likely bear the burden of Celsius’ debt.

In the most striking blow for cryptocurrency in 2022, FTX, one of the once-largest cryptocurrency exchanges by total volume, valued at over $30 billion at its peak, slid into bankruptcy in November. Following solvency concerns with FTX and its sister firm Alameda Research, FTX suffered a collapse, forcing the company to file for bankruptcy protection.

The fallout of FTX has seen a domino effect in the cryptocurrency world. After FTX’s downfall, Voyager’s $1.4 billion sale to FTX was cancelled, forcing Voyager to seek a replacement purchaser. In addition, on November 28, BlockFi, a prominent crypto lender who obtained a $400 million credit facility from FTX in the summer, along with the option for FTX to acquire it outright at a later date, filed for Chapter 11 protection. In its bankruptcy pleadings, BlockFi cited a “liquidity crisis” due to its “substantial exposure” to FTX.

Cryptocurrency exchanges are in uncharted territory when filing for bankruptcy, so customers, creditors and investors are anxiously waiting to see how everything plays out. The valuation of assets, priority of creditors and even declining customer confidence in the industry are all potential impacts of the upcoming bankruptcies. As more exchanges become insolvent, particularly in light of FTX’s collapse, customers could face massive losses, even with attempts to define them in a way that allows for some sort of recovery.

Cryptocurrency in a personal wallet belongs to the owner. However, when cryptocurrency in placed with an external provider, such as an exchange, the question of ownership may arise in the bankruptcy context.

In Celsius Network, the bankruptcy judge will be ruling on the question of ownership for assets placed by users in accounts with the cryptocurrency platform. Under Celcius Network’s platform, users could place cryptocurrency in various programs, including a rewards program account, “Earn,” under which the platform would pay interest for keeping cryptocurrency in the account, and custodial “Custody” and “Withhold” accounts.

Celcius Network conceded that the Custody and Withhold accounts belongs to its customers, but argued that customers who placed cryptocurrency under the Earn program transferred their assets to the platform under the terms of service agreed to by users when signing up for the platform. Customers with Earn accounts have argued that the cryptocurrency in the Earn accounts belong to them.

The decision would likely impact other cryptocurrency platform bankruptcies such as BlockFi, which also offers interest bearing and custodial accounts.

Creditors seeking recourse may face complex questions around valuation of the digital assets they hold. Currently, there appears to be serious questions surrounding proper valuation in determining specific debts (and any under-leveraging). Since crypto’s asset class has not been defined under law in the United States, there are questions as to what interest a creditor has, whether a secured creditor has a lien and what priorities creditors have, if any. The classification of creditors may be a challenge in cases where each creditor holds different securities or remains part of (or outside of) certain creditor classes. For example, a creditor could hold cryptocurrencies with a bundle of bitcoin and a mix of various stablecoins, and another creditor could hold some bitcoin, a notably larger mix of stablecoins, plus a right to be paid bitcoin (instead of holding bitcoins). They may or may not be classed together, depending on the applicable criterion. Such uncertainty could prove to be an advantage for some creditors.

Another possibility may be for a crypto “white knight” to swap financial assets or a mixed bundle of digital assets for new cryptocurrencies in a bid to obtain greater voting power in a restructuring. Or, in a cramdown, lower priority creditors may be issued a proportion of the newly minted cryptocurrencies for each dollar of loss as an interim measure for further discussions. Some creditors might have already started to use technology to gain a possibly unfair advantage over other creditors. For instance, a creditor could have the technological power under a DAO protocol to compel foreclosure of cryptoassets in advance of any creditors’ meetings or court decision. Having the technological “might” to do this does not necessarily mean one has the legal “right” to obtain the digital asset. Such actions would require careful consideration of compliance with the relevant asset protection laws.

More layoffs, hiring freezes and Chapter 11 filings are expected, but the future of the crypto industry is not entirely grim. The volatility of the current market can give the crypto industry an opportunity to reorient and grow, just as each “crypto winter” has done before. Though it is likely that more exchanges are heading towards insolvency, the crypto bubble bursting may motivate those exchanges to diversify their revenue streams, refinance, or even create new cryptocurrencies. As for creditors, the uncertainty in how assets may be classed together may be an advantage as courts determine how to pay back certain investments.