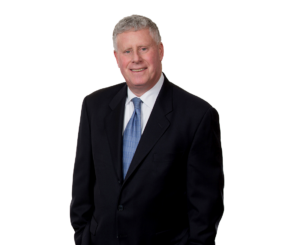 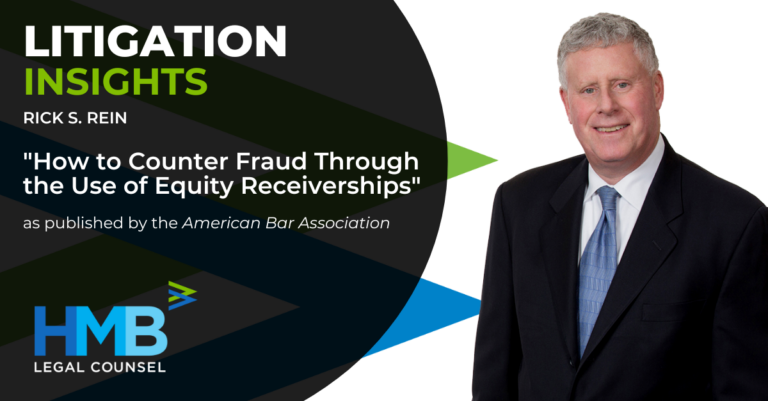 In this article, Rick S. Rein discusses how an equity receivership can be an effective tool to address financial fraud related to a business's mismanagement or improper use of assets. Read the article on ABA's website here (subscription required).

How to Counter Fraud Through the use of Equity Receiverships

An equity receivership is a powerful weapon in an attorney’s arsenal. It affords a flexible and effective approach to both the preservation of assets and the recovery of fraudulently transferred assets. The appointment of a receiver is an extraordinary remedy granted to prevent gross mismanagement, fraud, or dissipation or waste of assets. The receivership remedy is by its nature auxiliary and considered inherent in and incidental to the court’s jurisdiction over the basic claim. The Illinois Supreme Court explained it as follows:

“The appointment of a receiver is a branch of equity jurisdiction not dependent upon any statute, and rests largely in the discretion of the appointing court. It had its origin in the English Court of Chancery at an early date, and it was incidental to and in aid of the jurisdiction of equity to enable it to accomplish as far as practicable, complete justice among the parties before it.” Chicago Title & Trust Co. v. Mack, 180 N.E. 412, 413 (1932).

An equity receivership has two primary advantages for creditors: One, a receivership immediately replaces management. Two, there are virtually no statutes that control a receivership. Therefore, a court has considerably greater flexibility in framing an order of appointment to set out virtually any procedures, rules, and mechanisms that are appropriate for the situation to govern how a receivership should be conducted. A court order can tailor the scope of the receiver’s authority. This can include the power to sell assets, file claims, recover transferred property, and take actions to preserve the receivership estate. The receiver stands in the shoes of the entity in receivership and may act to protect the interests of the parties with an interest in the entity. Reid v. United States, 148 Fed. Cl. 503, 523 (2020).

The appointment of a receiver is an appropriate remedy in cases involving fraud and the possible dissipation of assets because the primary concern in determining whether to appoint a receiver is the necessity to preserve, protect, and administer property. In re McGaughey, 24 F.3d 904, 907 (7th Cir. 1994). The conditions supporting the receivership must exist at the time of appointment. Past conduct and circumstances must currently exist and continue into the future. In re Teknek, LLC, 343 B.R. 850, 876 (Bankr. N.D. Ill. 2006).

Because fraudulent conduct is almost always secretive in nature, an applicant needs to gather sufficient evidence of fraudulent conduct but not tip off the fraudster that a court action is coming, to avoid providing the fraudster the opportunity to further dissipate assets. To the extent possible, it is best to conduct as much pre-suit investigation as possible before a potential receivership. This may include pre-suit discovery. Several states such as Florida, Illinois, New York, Ohio and Texas allow for pre-suit discovery where there is a discernable claim and a need to identify the wrongdoer. Pre-suit discovery should be accompanied by a request for an appointment of a receiver, which the applicant can amend to add factual detail if the expedited discovery is authorized.

As a fiduciary of the court, an equity receiver is an agent of the court to administer property for the benefit of all parties so that the property may be preserved. Evans v. Ill. Sur. Co., 319 Ill. 105 (1925). A receivership order should provide a receiver with expansive powers to conduct litigation discovery, obtain documents, and prosecute claims—particularly when fraud is suspected. Thus, a receiver has standing to bring claims that the party in the receivership possessed. Scholes v. Ames, 850 F. Supp. 707, 711 (N.D. Ill. 1994). An equity receiver may sue only to redress injuries to the entity in receivership, not claims owned directly by the creditors. Scholes v. Lehmann, 56 F.3d 750, 753 (7th Cir. 1995); see also: Javitch v. First Union Sec., Inc., 315 F.3d. 619, 625 (6th Cir. 2003) (“Because they stand in the shoes of the entity in receivership, receivers have been found to lack standing to bring suit unless the receivership entity could have brought the same action.”); Knauer v. Jonathon Roberts Fin. Grp., Inc., 348 F.3d 230, 234 (7th Cir. 2003) (finding that diversion of funds from receivership entity constituted injury for purposes of standing). The key consideration is whether the receivership entity is “legally distinct from the person who diverted funds from the entity.” Id. at 235; accord Lehmann, 56 F.3d at 754 (finding that the receivership corporations were harmed by the employee perpetrator’s fraudulent conveyances); cf. Troelstrup v. Index Futures Grp., Inc., 130 F.3d 1274, 1277–78 (7th Cir. 1997) (finding no cognizable injury to the receivership entity when a person diverts funds from his own personal account rather than an account in the name of a legally distinct entity). Unless there are innocent members of the corporation, a receiver cannot bring fraudulent claims against a third party.

While a receivership offers many advantages to a victim of fraud, a court where the appointment is sought may not have experience with complex fraud schemes and receiverships. Attorneys seeking an equity receivership should be aware of these risks. A court oftentimes appoints a receiver on the recommendation of the plaintiff. But the court could appoint a person who does not have the necessary experience or manpower to handle the appointment. Receiverships can also be expensive. Typically, receivers are paid from the assets of the estate, but if there are no unencumbered assets or assets with equity value, the creditor will need to cover the costs. Finally, a fraudster could commence a bankruptcy to frustrate the appointment of a receiver. The bankruptcy filing will stay any action and could displace the receiver. Of course, the filing of a bankruptcy could benefit the creditor by virtue of bankruptcy laws that make it possible to freeze and recover assets fraudulently transferred.

When faced with circumstances of fraud or dissipation of assets, creditors must be prepared to consider using legal mechanisms at their disposal. Receiverships are one such mechanism. The ability of a court to appoint an experienced officer of the court with broad powers to halt fraudulent conduct, preserve deteriorating assets, investigate the underlying facts and pursue the recovery of estate assets is a significant tool to counter fraud.