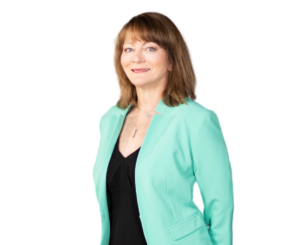 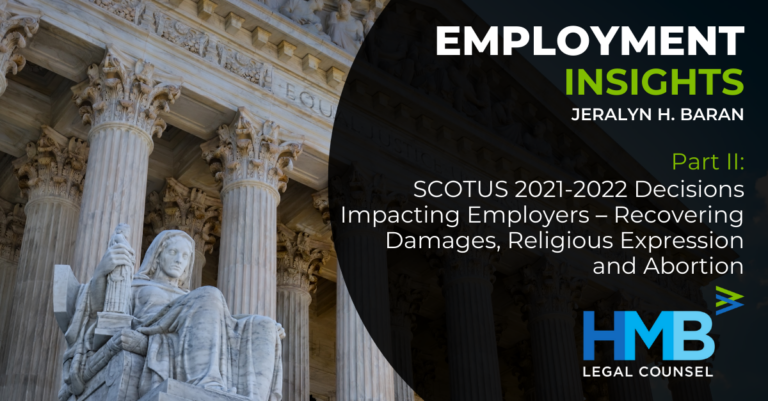 You can read Part I of this article examining the Court’s decisions impacting arbitration and the vaccine mandate here. Part II will discuss decisions impacting religious expression and damages recoverable under the Rehabilitation Act and the Affordable Care Act. Part II will also discuss how employers are responding to the Court’s ruling, eliminating abortion as a constitutionally protected right.

Eight Supreme Court decisions concerned employment issues, although some were more directly related than others. Of these, four decisions considered arbitration issues. With employment contracts often including waivers of class and collective actions in favor of individual arbitration and requiring arbitration of all employment claims, this developing body of law has relevance for employers. Three other Supreme Court decisions concerned OSHA’s vaccine mandate for large employers, the regulation of prayer by a school board and the recovery of compensatory damages. Finally, the Supreme Court overruled 50 years of precedents by declaring there is no right to an abortion in the United States Constitution. The Supreme Court sent the abortion issue to the states where there is a vast patchwork of laws, some eliminating access to abortion, others severely restricting abortion, with still others permitting or expanding the right to abortion. This decision, although not directly impacting employment, has led employers in many states to consider offering travel benefits to employees and their dependents to allow them to travel to receive reproductive health care if it is illegal or severely restricted in their own state.

Damages recoverable under the Rehabilitation Act and the Affordable Care Act

In Cummings v. Premier Rehab Keller, PLLC, a 6-3 decision written by Chief Justice Roberts, SCOTUS limited damages available in private actions to enforce the Rehabilitation Act of 1973 and the Affordable Care Act. Plaintiff Jane Cummings, who is deaf and legally blind, requested an American Sign Language interpreter when she received physical therapy from the defendant. The defendant refused and Ms. Cummings sued for discrimination. Because her only compensable damages were emotional in nature, the lower court dismissed her claim. SCOTUS found that recipients of federal financial assistance would not reasonably know that they could be liable for compensatory damages simply by accepting federal financial assistance. It explained that Congress has power under the Spending Clause of the Constitution to “fix the terms on which it shall disburse federal money.” Pursuant to that authority, Congress enacted statutes that prohibited recipients of federal financial assistance from discriminating based on a person’s membership in a protected category. However, the Court explained that receiving federal financial assistance through Medicare and Medicaid was in the nature of a contract and recipients would not necessarily know that receiving money could subject them to compensatory damages. Those damages, like punitive damages, are not typically recoverable in breach of contract claims.

In Kennedy v. Bremerton School District, Justice Gorsuch, in a 6-3 decision, declared that a high school football coach did not violate the Free Speech and Free Exercise of Religion clauses of the Constitution when he knelt at midfield after high school football games to pray. The Court explained that the Constitution protects an individual’s right to engage in personal religious observance free from government reprisal. According to the facts of this case, the school district had demanded the coach stop praying where and when he did because it was concerned that if it did not act to stop his actions, it would be taking steps to establish religion in violation of the tenets separating church and state. SCOTUS denied any tension between the Free Exercise and Establishment clauses, holding that a government did not need to suppress the free exercise of religion to not establish it.

The right to an abortion is not a constitutionally protected right

In Dobbs v. Jackson Women’s Health Organization, a 6-3 decision written by Justice Alito, the Supreme Court overruled 50 years of its own precedents to find the Constitution does not prohibit citizens of a state from regulating or prohibiting abortion. In overruling Roe v. Wade and Planned Parenthood of Southeastern Pa. v Casey, the Court argued that stare decisis did not require them to follow the Roe and Casey decisions because they were “egregiously wrong” and “their reasoning exceptionally weak”. The Court found no support for the right to procure an abortion in the text of the Constitution or in our nation’s history. In fierce dissent, Justice Breyer bemoaned the Court’s action, finding that, because of it, women in the United States lost their status as free and equal citizens. The dissent insisted the right to abortion is grounded in the Fourteenth Amendment’s guarantee of liberty. With the conservative majority carrying the Court, states are no longer restricted by a Constitutional right to an abortion. In response, many states have adopted or are enforcing laws that severely restrict abortion access. Some employers in states where abortion has been restricted have responded by offering expanded travel benefits to employees and their defendants to receive reproductive health care in other states. Whether to offer these benefits and how they might be provided is very much in flux.

With its new conservative majority, the Supreme Court moved substantially to the right of mainstream American public opinion. With the separation of powers, the Court’s role is to interpret the meaning of the Constitution and Congressional statutes. SCOTUS contends it is not creating new law, but rather enforcing laws and the Constitution as written. By presumably deferring to the states or to Congress, others will argue the Supreme Court is denying the living nature of the Constitution, preventing forward growth and threatening necessary human rights protection.

Next session, SCOTUS will consider a new docket of cases. At least three of these cases may have relevance for employers:

Should you wish to discuss these decisions and their impact on employment law, please reach out to Jeralyn Baran or a member of HMB’s team.