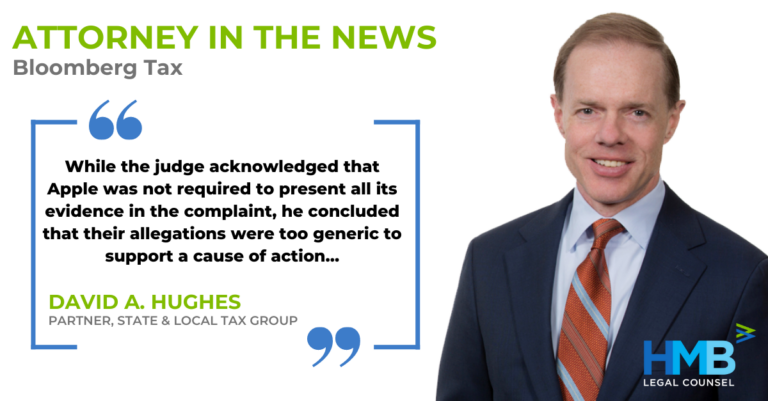 David A. Hughes found the court’s ruling surprising, as Apple had previously amended its complaint and tax matters are rarely dismissed for failure to sufficiently state a claim. He also recognized the court’s sign of flexibility, indicating Apple to proceed with a more comprehensive complaint.

“While the judge acknowledged that Apple was not required to present all its evidence in the complaint, he concluded that their allegations were too generic to support a cause of action,” David said. “And this came after Apple amended its complaint last year to add more facts regarding its video streaming, news, and other electronic services. The judge did, however, give Apple more time to amend its complaint (again), which suggests that the judge thinks Apple might be able to sufficiently plead its case with more facts.”

Read the most recent news about this case here.

Please feel free to reach out to David with any questions or comments.