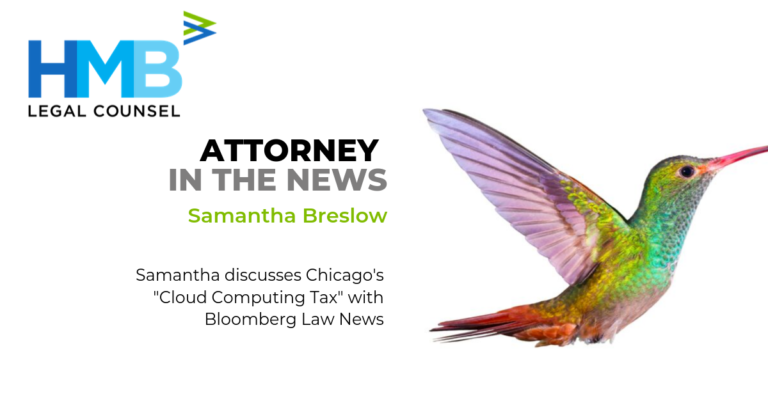 Auditors in Chicago have been aggressively asserting that businesses have tax duties under the "cloud computing tax" because of their economic presence, or the volume of business they conduct within the city.

In an article by Bloomberg Law News titled "State of Wayfair: Economic Thresholds Sneak Into Chicago Audits" by Michael J. Bologna, Samantha Breslow explains that the problem is that Chicago's tax ordinances have never folded in economic nexus or economic presence.

"At this point the city has not defined a nexus standard. But because they have not adopted a similar standard within their ordinance, it remains in doubt whether they have the ability to adopt a nexus standard similar to Illinois."

Samantha spoke further about this issue in a previous blog post.