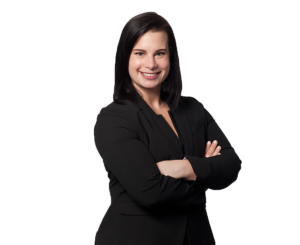 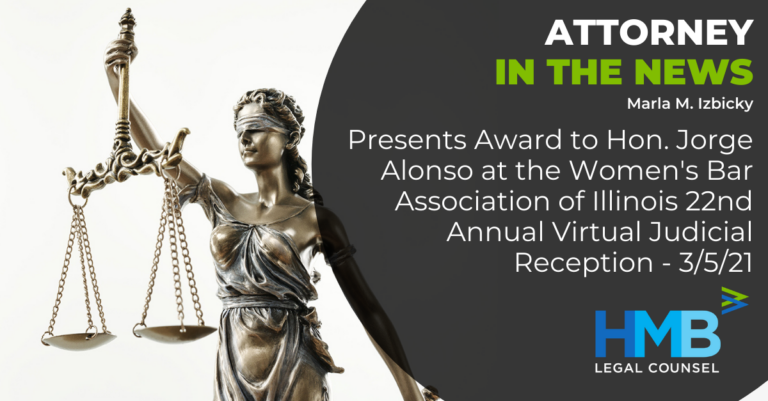 On March 5, 2021, Marla M. Izbicky, a member of HMB’s litigation and technology practice groups, will be speaking at the Women’s Bar Association of Illinois’s (WBAI) 22nd Annual Virtual Judicial Reception. As a Director of the WBAI and chair of the Judicial Reception, Marla will present the Mary Heftel Hooton award to the Honorable Jorge Alonso of the United States District Court Northern District of Illinois and interview him about his legal career and garner advice and insight directly from the federal bench. The WBAI personally invites over 400 state and federal judges across Illinois to this event, giving attendees unparalleled access to Illinois judges.

The WBAI supports all individuals in the legal community, regardless of gender, which uniquely cultivates cross-discipline exposure and interaction with its over 1,000 members. Attorneys and non-legal businesses alike can find great benefit in attending WBAI events, such as the memorable Judicial Reception, one of the oldest and largest state bar associations in the State of Illinois.

In 2014, Judge Alonso was nominated to the United States District Court for the Northern District of Illinois by President Barack Obama. In addition to his work on the bench and commitment to the legal community, Judge Alonso serves on the Boards of the Daniel Murphy Scholarship Fund and the Cristo Rey Jesuit High School. The WBAI’s Mary Heftel Hooton Award is an honor bestowed on those who advance the cause of promoting and supporting women lawyers. The WBAI honors recipients, like Judge Alonso, for their exceptional leadership, professionalism and efforts in advancing women in the law.

HMB is proud to be a sponsor of the Judicial Reception as the WBAI’s mission parallels HMB’s own values of creating “Equity through Opportunity.”[1] For more information on attending this event with HMB, please contact Kasia Johnson. For more information about Marla’s experience and role as a WBAI Director, click here.