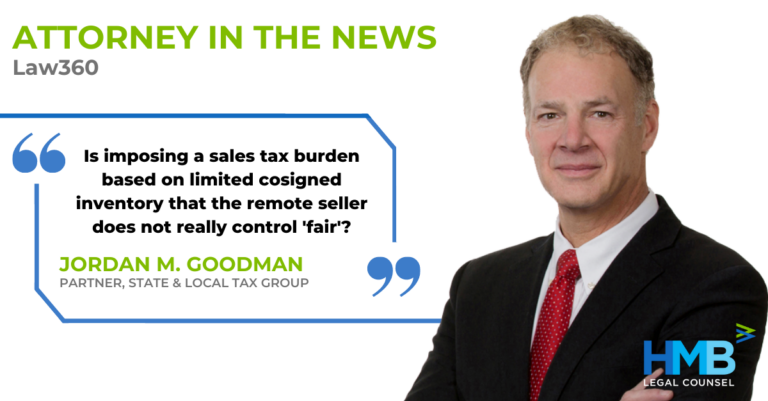 Recently, a panel for the Pennsylvania Commonwealth Court unanimously blocked the Pennsylvania Department of Revenue from seeking sales and income taxes from sellers that had goods stored in the state as part of the fulfillment by Amazon program.

The state court held in a precedential opinion that because the third-party sellers did not control the placement of their goods after Amazon received them, they did not have nexus with Pennsylvania.

Jordan M. Goodman, Partner in HMB’s State and Local Tax Group, told Law360 that the court addressed a portion of the case “in a taxpayer positive way” by allowing the business “to contest the legal issue before they are assessed.”

Jordan added that the ruling appears to be a significant decision “on the ‘new’ nexus standard measured and limited by the due process.”

“Is imposing a sales tax burden based on limited consigned inventory that the remote seller does not really control 'fair'? Here the court found it was not," he said.