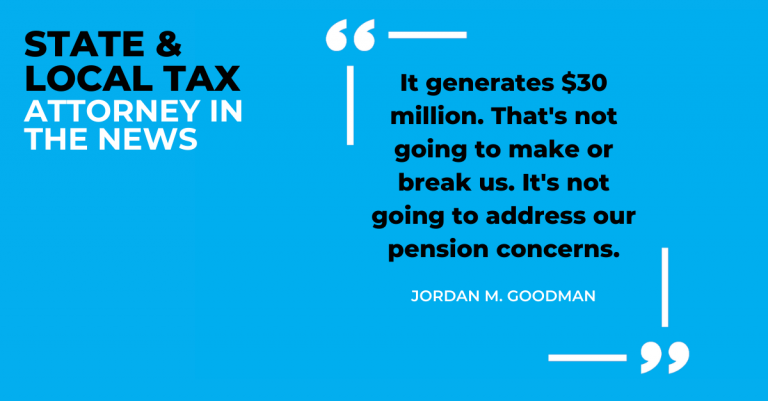 In a year when states focused on shaking off the effects of the coronavirus crisis, some changed business tax regimes to build their coffers while others, flush with federal pandemic relief cash, advanced significant tax cuts. An Illinois budget bill signed into law by Gov. J.B. Pritzker pauses the phaseout of the state's franchise tax, among other provisions.

Two years ago, Illinois businesses rejoiced when Pritzker signed a budget that began a rollback of the franchise tax, a relatively rare kind of state tax that is imposed for the "privilege of doing business." This year, the state decided that was too expensive and halted the rollback in a budget implementation bill Pritzker signed June 17.

Under the bill, Illinois will also require an add-back for certain GILTI deductions and temporarily cap net operating losses at an annual $100,000 for three years. As for the franchise tax, it will no longer end in 2025 as scheduled.

Jordan M. Goodman said it's positive that the state has a balanced budget, something that eluded it for three years under the previous governor. Pritzker has trumpeted that as well as recent news that Fitch Ratings joined Moody's Investors Service and S&P Global Ratings in moving the state's outlook on general obligation bonds from negative to positive. But Jordan said the state's approach is often discouraging, citing the halt to the franchise tax rollback. The tax doesn't generate much money, he said, but the prospect of getting rid of it was liberating to businesses.

Illinois' pensions are underfunded by $130 billion, despite the state's relatively high rates on personal income, corporate income and sales, Jordan said. More and more, he said, he hears from people who are leaving.

"From a wealthy individual perspective, they are bailing on Illinois," he said. "We make it very expensive to be here."