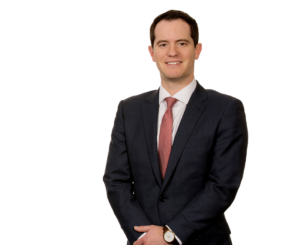 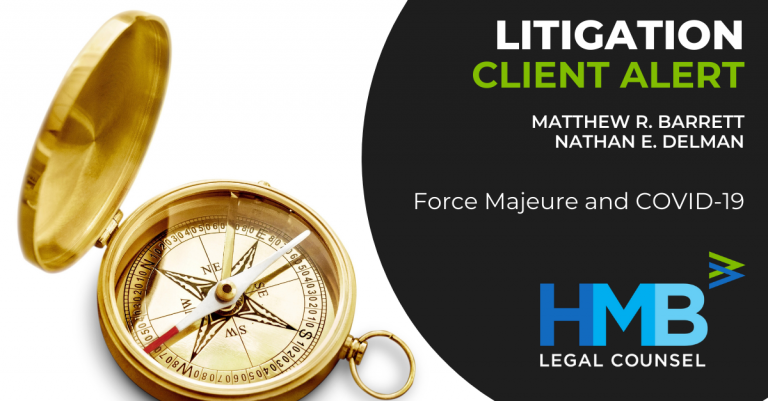 In the ensuing year, courts across the nation have been asked to interpret force majeure provisions or apply common-law defenses, such as impracticability of performance or frustration of purpose, to temporarily excuse contractual performance.  Although many questions remain unanswered, the landscape continues to come into focus as more courts weigh in.  The decisions to date offer some insight into how courts are likely to treat COVID-19 related contract disputes as they continue to wind their way through the courts.

The key take-aways to date are:

Unsurprisingly, bankruptcy courts frequently encounter force majeure issues between commercial landlords and bankrupt tenants. Debtors already face an uphill battle in obtaining any relief on post-filing rent payments.  The bankruptcy code requires timely payments on commercial property leases, and landlords – unlike other lessors – do not need to prove their lease payments are actual and necessary costs for preserving the estate in order to obtain administrative status. Nevertheless, certain debtors with certain force majeure clauses have achieved some limited success in reducing or delaying rent payments.

Back in June 2020, in In re Hitz Restaurant Group a Northern District of Illinois bankruptcy court afforded the debtor some leeway with reducing rent payments, finding that the applicable lease’s force majeure clause was “unambiguously triggered” by COVID-19 related government shutdown orders, and permitted that debtor to pay only one-third of its rental obligations for the applicable periods. Although the debtor’s lease payments were not entirely excused, the larger question was whether other courts would follow Hitz’s lead.  This January, in In Re: Cinemax USA Real Estate Holding, Inc. a Miami-based movie theatre did obtain partial relief on its lease obligations, but unsuccessfully invoked Hitz in a failed attempt to make only partial rent payments. The Southern District of Florida bankruptcy did excuse the debtor’s obligations while the movie theatre was shut down, finding the pandemic an unforeseeable “act of God” and the state’s shutdown order as a “governmental restriction.” However, once the shutdown order ended, the court would not reduce the rent in line with Hitz, noting differences between the two leases.

More significantly, the Chuck E. Cheese bankruptcy proceedings gave the Southern District of Texas Bankruptcy Court the opportunity to survey the laws of several states when it analyzed a multitude of commercial leases for the beloved arcade/pizza/animatronic rock-band chain. In In re CEC Entertainment, Inc., the court did not grant the debtors a uniform abatement of rent. Rather, the court analyzed the specific clauses of each lease as well as the state laws of California, North Carolina and Washington to reach a variety of results on the debtors’ rent obligations. The North Carolina and Washington leases specifically excluded any frustration of purpose remedies for the debtors. And notably, under California law the government shutdown orders did not constitute a frustration of purpose because the debtors were free to operate different, more pandemic-friendly businesses in the same commercial space.

The language of the force majeure provision in the parties’ contract was crucial to the court’s decision.  It specifically provided that Regal Cinemas’ obligations to perform duties under the parties’ lease, including the payment of rent, were suspended “during times that [Regal Cinemas] is unable to operate the Theater due to restrictive governmental laws, regulations, or other similar reasons.”  It also helped that the equities weighed in favor of Regal Cinemas, which had spent at least $10.5 million constructing and improving the movie theater, before apparently engaging in a sale-leaseback transaction with the landlord that was attempting to evict Regal Cinema and terminate the lease.  Regal Cinemas also provided security by depositing the amount of base rent at issue with the court, which alleviated any concerns that the landlord would be harmed if it was later determined in the case that Regal Cinemas was obligated to pay the past due rent.

The Regal Cinemas decision is also noteworthy because the court determined that it would have granted the temporary restraining order even in the absence of a force majeure provision under the common law “frustration of purpose” defense.  Looking to the “use provision” of the lease, the court reasoned that because Regal Cinemas’ principal purpose for the lease as stated in the “use provision” (the operation of a movie theater) was frustrated by government restrictions, Regal Cinemas was relieved of its obligations to pay rent during the period of time in which it was unable to use the theater.  In support of that finding, the court also looked to a provision in the lease which indicated that Regal Cinemas’ obligation to pay rent was tied to its ability to occupy and use the space as a movie theater.

Most commercial tenants have not been as successful as the tenants in Hitz and Regal Cinemas.  For example, the court in Palm Springs Mile Associates, Ltd. v. Kirkland’s Stores, Inc., narrowly construed a force majeure provision in ruling against a commercial tenant attempting to suspend its obligations to pay rent while its stores remained closed during a government ordered shutdown.  The court in Palm Springs held that a force majeure provision will generally only excuse a party’s non-performance if the event is specifically identified and was the cause of the party’s nonperformance.  The Palm Springs court found that the tenant had not shown how the governmental regulations resulted in its inability to pay its rent.

The Palm Springs decision also illustrates courts’ general hesitancy to suspend payment obligations under a contract, notwithstanding the Hitz, Cinemax, and Regal Cinemas outliers.  For example, in Future Street Limited v. Big Belly Solar, LLC, the court denied the request of a distributor of solar-powered products to declare that it had no further obligations to purchase minimum quantities of products from the manufacturer under their distribution agreement.  Although the court was skeptical that a pandemic fell within the contract’s list of events that would excuse performance, it ultimately did not need to decide that issue because it found that the COVID-19 pandemic did not cause the distributor’s inability to perform its obligations to make minimum purchases.  The court looked to the distributor’s payment history and noted that some of the distributor’s missed payments occurred prior to the start of the COVID-19 pandemic and that the distributor continued to purchase certain items from the manufacturer into the winter of 2020.  The court found that those facts cut against the distributor’s argument that the COVID-19 pandemic was the cause of its alleged inability to make minimum quantity purchases as required by the parties’ contract.

There will undoubtedly be more decisions that shed additional light on how courts will treat force majeure issues in the age of COVID-19.  The most important factor in any decision remains the specific contract language at issue.  Therefore, contract drafters should continue to focus their attention to the language and scope of their force majeure clauses to properly allocate risks among the contracting parties.  Whether you’re at the bargaining table or in the courtroom, HMB’s business-focused attorneys can help protect your interests and further your business goals.