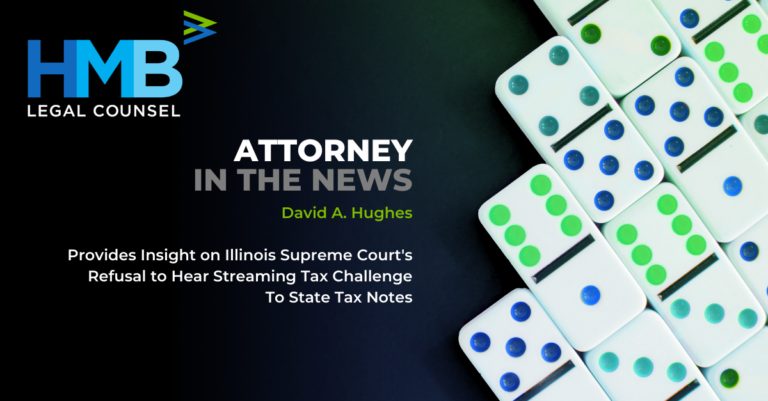 An article published by State Tax Notes discusses the Illinois Supreme Court's refusal to review an appellate court decision that Chicago's amusement tax as applied to online streaming services does not violate the state constitution or the Internet Tax Freedom Act (ITFA). The court denied the petition for leave to appeal in Labell v. City of Chicago, letting stand the decision of the Illinois Appellate Court, First District, upholding the city’s expansion of its 9 percent amusement tax to streaming services.

David A. Hughes told Tax Notes that the court hears few tax cases, “so on some level, it’s never really a surprise when they decide not to hear one.” But he said the case presented interesting issues involving the ITFA and presumptions of taxability that the court has addressed in prior cases. “Labell would have been a chance for the court to clarify its rulings in those cases,” David added. He said the court might have another chance to hear a challenge to the Chicago streaming tax, noting that Apple Inc. has challenged the expansion of the tax on similar grounds but with “a more robust factual record,” and that case is currently working its way through the system.