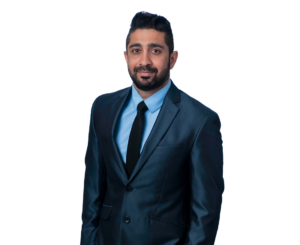 The winter months were unusually cool in late 2013 and early 2014, and most middle market borrowers and lenders will likely concede that lending activity during those months was equally cool.  The optimism for robust deal flow in 2013 never materialized into actual results, even though most middle market lenders remained quite optimistic until the bitter end.  Spring, however, is a time for rejuvenation.  Most prognosticators seem to agree that the relevant economic factors that usually indicate increased deal activity seem to be alive and well in early 2014.  For example, the cost of credit still remains historically low, and while most agree that interest rates have nowhere to go but up, these historically low rates will more than likely be available to middle market borrowers throughout the remainder of 2014…  if they can find the right middle market lender to make the loan.  Senior lenders have continued to aggressively court borrowers with good credit and strong collateral, and these borrowers have been fortunate enough to obtain senior loans at historically low pricing.  In fact, the competition for these strong borrowers has caused some senior lenders to revert back to pre-2008 levels not only with respect to pricing, but also with respect to higher leverage ratios and relaxed covenant packages.  Unfortunately, for a number of middle market companies, particularly those who are not deemed to have "good credit and strong collateral", obtaining credit from senior lenders has continued to be challenging.

M&A activity is usually a good indicator of increased middle market loan activity; however, M&A activity was slow throughout 2013 (for a second straight year).  On the other hand, private equity players accumulated significant amounts of capital throughout 2013, and this fact, coupled with the overall stabilization of middle market companies, makes us hopeful that private equity will be an important driver for increased lending activity in 2014.  Private equity firms have taken advantage of investment opportunities requiring disproportionately high amounts of equity, and over the past two years private equity has once again established itself as a viable option for middle market companies requiring capital in excess of that which is available in the senior and mezzanine debt markets.

Based on an informal survey of senior lenders, mezzanine lenders and private equity firms, the following is a summary of deal terms in today's market for financially strong middle market privately held businesses:

Mezzanine DebtPre-September 2008, it was common place for senior lenders to provide financing in excess of collateral value (otherwise known as "cash flow loans").  In 2009, cash flow loans became the exception and were usually supported by personal guaranties from one or more stakeholders with substantial net worth.  Throughout 2010 and 2011, cash flow loans began to reappear for borrowers with very good credit, although interest rates for such cash flow loans were typically at the higher end of the LIBOR rates stated above.  Since then, senior lenders have become more aggressive with cash flow loans, at least with respect to companies with more than $10 million EBITDA.  The principal amounts of such cash flow loans are typically not more than 1.0 to 2.0 times trailing 12-months EBITDA, with no more than 3-5 year terms.  We anticipate this upward trend will continue, albeit only for borrowers with very good credit.