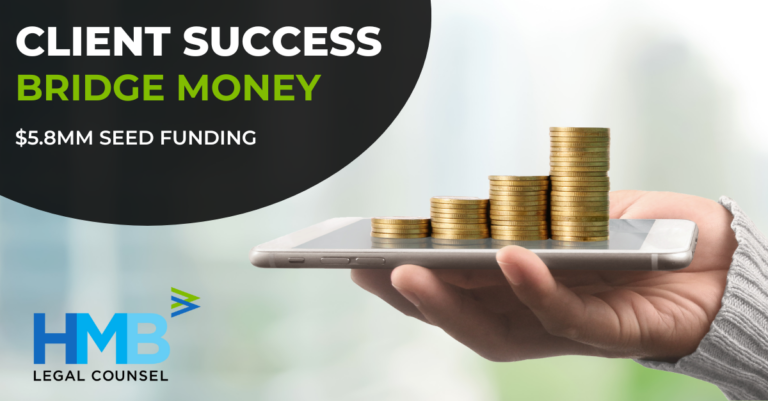 HMB would like to congratulate Bridge Money (“Bridge”) on the closing of its $5.8 million seed funding round led by TMV. Bridge will use the new funding to expand its in-app money-making opportunities, sourcing, third-party partnerships and roster its of talent.

Bridge, a first-of-its-kind fintech startup, empowers lower-income Americans to earn supplemental income. To help keep up with record inflation, Bridge has launched an app where members link their bank accounts and earn rewards by sharing anonymized spending data or doing other activities such as completing surveys, ad-viewing and referrals.

Founder and CEO Lalit Janak says, “What we’ve built is a marketplace of money-making opportunities – with several more on the way – to help our members generate material supplemental income.” According to him, the most active Bridge members are earning more than $200 a month by using the app.

Founded in 2019, Bridge focuses exclusively on boosting the asset side of the ledger for over 100 million low-to-middle income consumers. The company’s long-term goal is to improve upward economic mobility in America.