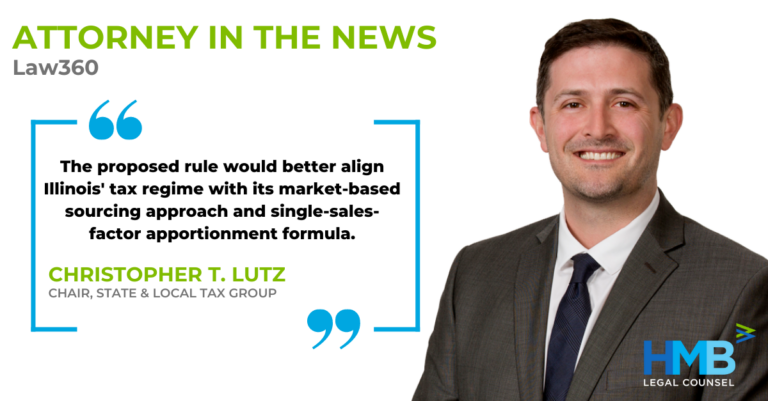 The below excerpt is from Paul Williams’s article, “Ill. Rule Would Change Apportionment Based On Tax Treaties” published by Law360 on April 18th, 2022. Read the full article by Law360 here (subscription required).

The state tax agency recently proposed a rule where businesses that are exempt from a foreign country’s tax due to treaties would no longer need to account for their receipts into those jurisdictions when determining their Illinois income tax liability.

Chris added that although states sometimes take the position that they are not bound by treaties that the U.S. has entered into with other nations, Illinois has historically given more weight to treaties than other states have. He noted that Illinois currently allows a subtraction modification for a member of a group that is protected from tax by a federal treaty.

If the rule change is adopted, he said multinational corporations would likely embrace the new regulation because the U.S. has many double-taxation treaties with other counties.

"Practically, it's going to be a good development for a lot of taxpayers," Chris said.