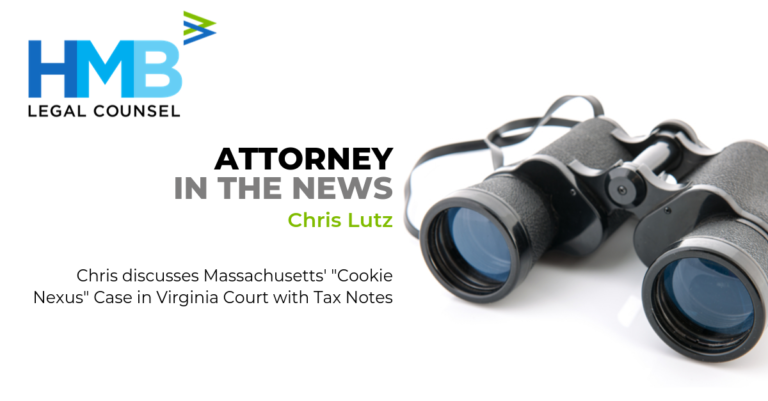 Chris Lutz spoke about the Virginia Albemarle County Circuit Court's decision in Crutchfield Corp. v. Harding, in an article by Tax Notes. Chris explained that Virginia courts did not have personal jurisdiction over a Massachusetts official claiming Crutchfield had sales tax nexus with the state.

The Massachusetts regulation considers the use of in-state software and cookies as constituting a physical presence. With this regulation, internet vendors with $500,000 in sales in 100 or more state transactions must collect and remit sales tax from the past year.

Chris explained that the court's decision effectively swallows the rule provided by Virginia Code section 8.01-184.1 which gives the state's circuit courts personal jurisdiction over Massachusetts' officials to the extent permitted under the U.S. Constitution. Chris said that he would be curious to see a Virginia court ruling that finds adequate connections.

“It seems to me that this case was exactly what the Virginia statute envisioned. And certainly with respect to this action, Massachusetts was directing its activity to a Virginia resident," said Chris.